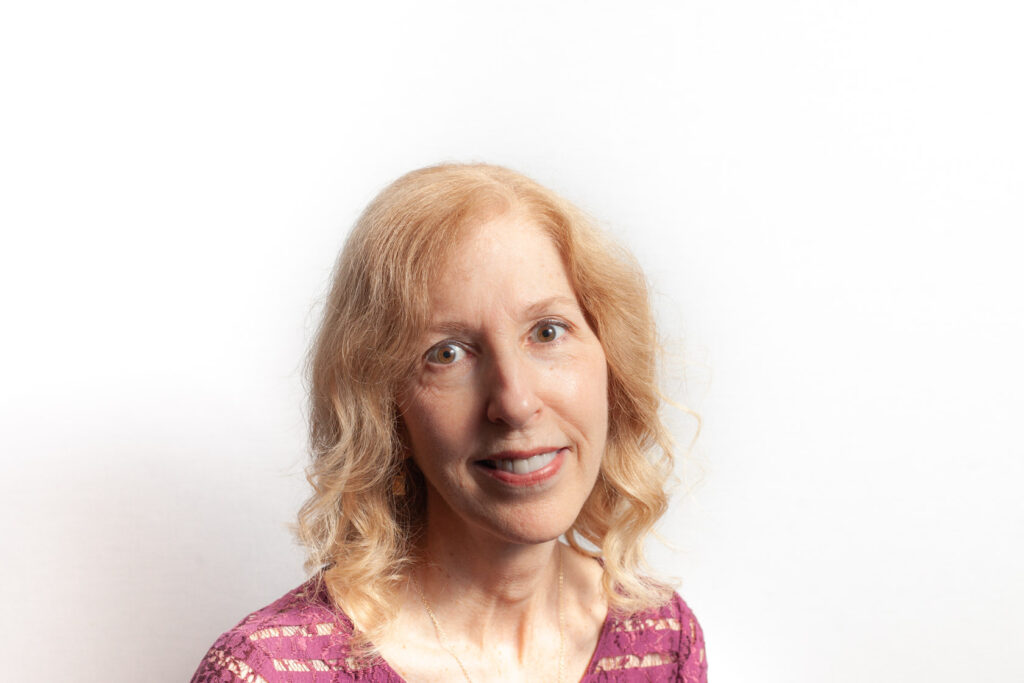 While her official title may be Receptionist, Christie Newman is affectionately known as Director of First Impressions around the offices at Rainbow Village. Having just celebrated her 5th anniversary at our community of transformation, Christie often serves as the voice and face of Rainbow Village for homeless families seeking refuge in our program, prospective volunteers calling about ways they might donate their time and talents, donors wishing to make a donation and board members calling to check in. She treats everyone the same – flashing her signature big smile and acting as though she has all the time in the world to listen to their story or serve their needs.

Before she arrived at Rainbow Village, Christie gave 28 years of her life to Kraft Foods. When she left, she wanted to keep working, but no longer for Corporate America. She wanted to be part of something making a difference in the world, so she started to explore nonprofits in the area. She served two years at another local nonprofit before her journey led her to Rainbow Village. While eating breakfast with friends at Duluth’s Rexall Grill, their server mentioned that they were doing a coat drive for Rainbow Village. Christie had never heard of Rainbow Village, so she asked a few questions and liked what she heard. She reached out to them shortly thereafter and signed on as a volunteer before she applied for a position with our Village.

“It’s funny. I’m shy typically,” said Christie. “But there’s something about my little bubble in the lobby of Rainbow Village’s Family Center. I love speaking to everyone and showing them compassion when needed. I have a calmness about me that seems to be reassuring when people need it most. And I love my relationships with my fellow co-workers – we truly are a ‘family’ at Rainbow Village.”

In addition to answering phone calls and greeting guests, Christie is often the first point of contact for families in crisis. If there is an opening at Rainbow Village, she will prescreen callers looking to get into the program. She will ask a series of questions such as what led them to homelessness, how many children they have, where are they sleeping, do they have transportation, do they have a criminal record and more. When there are no openings at Rainbow Village, Christie will provide them with contact information for other resources and programs that might be able to help them. She fields several hundred phone calls a month – 274 in January 2020 alone. Christie’s duties also include assembling materials for staff and board members, assisting with HR, making sure the copy machine is maintained, serving as IT troubleshooter and so much more.

Christie knows that everyone at Rainbow Village has an important role to play and she is included among them. While she normally switches the phones to voicemail at 5 p.m. each day when the office closes, she took a call late last year from a corporate caller who had been tasked with making a donation on behalf of the company and wanted to know more about Rainbow Village and what we do. Christie walked them through our all-important mission of breaking the cycles of homelessness, poverty and domestic violence and how our programs lead our residents back to lives of self-sufficiency. By the end of the call, the caller said she would be submitting a donation request to her company.  This resulted in a $7500 donation from her company’s foundation.

“During the creation of a video for our largest fundraiser – the Rainbow Village ‘We Are Family’ Benefit Gala – we asked one of our graduates to share her story,” recalled Melanie Conner, CEO of Rainbow Village. “We posed the question, ‘Who had the greatest impact on you at Rainbow Village?’ and she didn’t hesitate to name Christie Newman. There’s just a very special way about Christie. She can have our board members laughing one minute as she walks them down the hall to our boardroom, then offering authentic empathy when one of our residents has a bad day and stops by the office. We’re very blessed to have Christie serve as the face of Rainbow Village for so many of our guests and residents. She’s a bright light to people who have seen many dark days.”

A Gwinnett County resident for 26 years, when she’s not manning the phones at Rainbow Village, Christie can be found curled up with a good book at home, working in the yard, getting together with friends several times a week or faithfully attending weekend car shows with her hubby John.

PrevPreviousView from the Village: Board Member Jeffrey Charron
NextSponsors Being Sought for the 2020 Rainbow Village Second Chance Golf ClassicNext