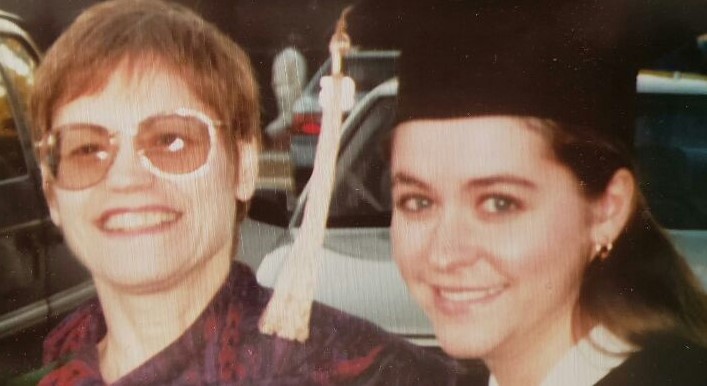 Julie Lyn Donaldson was bright, beautiful and well-loved with a promising future. She was a great kid – and her mom made a point to tell her that every day. Julie overcame dyslexia, made the Dean’s List and graduated from Georgia Southern University. Two weeks after graduation, her life was cut short in a tragic automobile accident on December 23, 1995. Rather than let this tragedy go unanswered, Julie’s mom – Mary Jane LaBonte – established a foundation in her name the following year. In hopes of finding the best way to honor Julie’s memory, Mary Jane decided on a mission to benefit single parents with small children by providing childcare scholarships. As if a reflection of their own relationship, this would be a way to benefit both the parent and the child. The child would be placed in a structured environment and the parent would have peace of mind – knowing that their child was being cared for while they attended school and worked. Mary Jane knew that Julie would approve.

She raised $10,000 and deposited that amount into a CD that was seed money to establish the Julie Lyn Donaldson Foundation, Inc.  She then hosted huge garage sales with donated items to raise additional funds. She also received donations from others who were willing to donate to the foundation.  Mary Jane then matched those funds. Various non-profit agencies and school counselors gave her referrals for families in need. She was able to build up enough funds so that she never had to turn anyone away and she always assisted recipients anonymously.

Mary Jane met the former CEO of Rainbow Village, Nancy Yancey, through the Gwinnett Community Council.  Nancy invited Mary Jane to meet with her at Christ Church Episcopal in Norcross – the nonprofit’s headquarters at the time. The two ladies talked for three hours and – although Mary Jane was not looking for work and she mentioned that she didn’t hold a degree in social work – Nancy had convinced her to come on board at Rainbow Village as a case manager.  It was one of the best decisions Mary Jane ever made. At the time, Rainbow Village represented eight houses in Norcross and an 8-unit apartment in Duluth – serving 16 homeless families at a time.

“I loved my job – I loved working with the families,” said Mary Jane. “I chose not to wear business attire when I met with clients so they would feel more comfortable when we met for our weekly meetings.  I also made it a point not to ever pass judgement on the clients.  I just listened and occasionally interjected with ‘Can I make a suggestion?’ I gave them a push when they needed to ‘toe the line’ and encouraged them to make better choices. It was important that they understood that this was a program and not just a place to live. I witnessed some truly wonderful results.  It was so rewarding to watch the clients grow. I often compare people to sunflowers. I believed that as the seeds fell, some seeds take root, some seeds blow away, some seeds need more nourishment and some seeds blossom. Most of the families I served blossomed.”

She recalled a time when she had just placed her husband – who was losing his battle to Alzheimer’s Disease – in a nursing home in Milledgeville (a trip she made weekly for 3 ½ years). Her daughter had been gone for some time, Mary Jane was alone in the house and it was Christmas time. Rainbow Village had been blessed with a large number of gift card donations for the families, so Mary Jane spent the evening handwriting 52 thank you notes to all the generous donors. It filled her with a sense of peace and purpose instead of sadness.

As much as she loved her job with Rainbow Village, she made the choice to retire in 2010. She was invited to Rainbow Village’s Thanksgiving Dinner later that same year and was extraordinarily touched when she found a line of people queued up to speak to her. Most of them were past residents she had helped during her time at Rainbow Village and they each wanted to share their story of how she helped changed their lives.

In addition to the lives she touched through Rainbow Village and her service as an officer with the Gwinnett Community Council for 28 years, Mary Jane was able to help countless single moms, and even six single dads, with children through the Julie Lyn Donaldson Foundation. After 25 years, she recently made the difficult decision to dissolve the Foundation. On September 26, 2019 – her daughter’s birthday – Mary Jane took the original seed money and made a $10,000 donation to Rainbow Village. As she toured Rainbow Village’s new campus in Duluth – which features a Family Services Center, five apartment buildings with space enough to serve 30 families at a time for a period of one to two years, and Community Center with its Childhood Development Center, she knew she’d made the right choice. She would still be assisting with childcare and afterschool fees for single parents in need.

“The interest from that original $10,000 was enough to serve families for 25 years,” said Mary Jane. “25 years was a good run. Since education was part of the Foundation’s articles of incorporation, Rainbow Village proved a good fit for the final proceeds. My personal attachment to the organization made it even more special.”

Even though she lost her daughter in 1995 and her husband in 2006, Mary Jane insists that she’s had a good life and has been extremely blessed. For her, the blessings come from serving others. Above and beyond the families she helped through the Julie Lyn Donaldson Foundation and Rainbow Village, Mary Jane once taught survival skills for women through Gwinnett Technical Institute and served as a youth director at her church for 10 ½ years. Today, her servant’s heart still beats strongly as she teaches bridge and pickle ball at a local senior center.