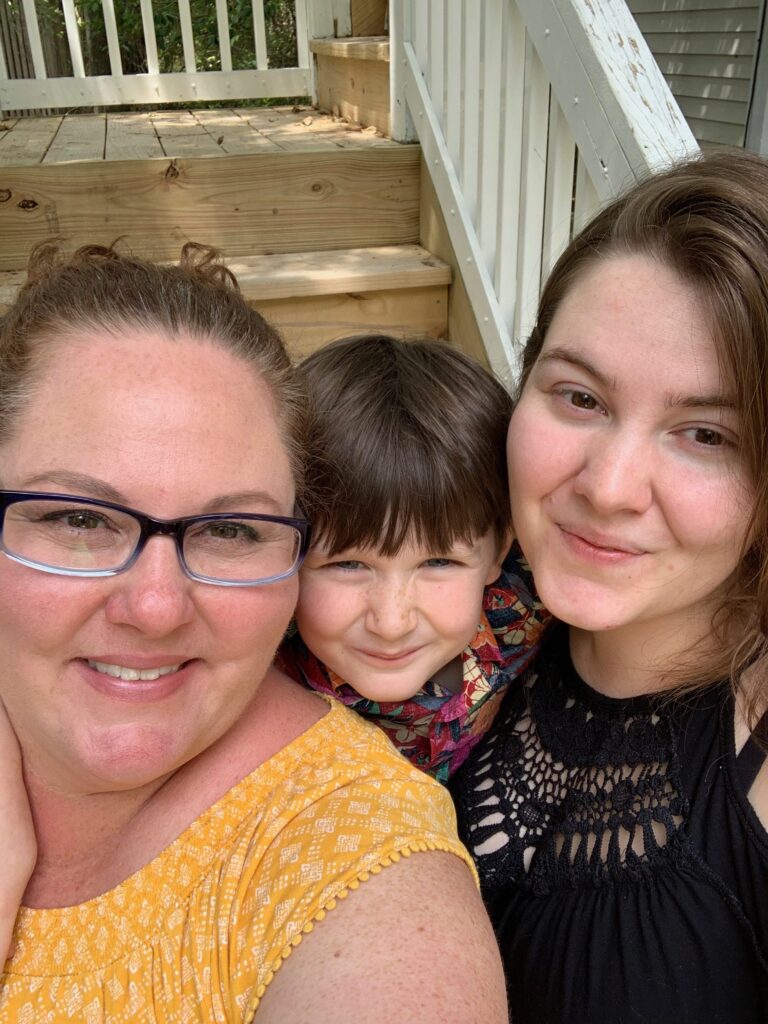 Answer to a Prayer

Carrie Chaney was doing just fine. She had a good job, roof over her head, beautiful teenage daughter, committed boyfriend of three years and bouncing baby boy on the way. In 2009, a “perfect storm” took hold in her life, turning her whole world upside down. That same year, the economic downturn wreaked havoc on the construction industry. Her company – a construction adhesive supplier – laid her off and shuttered their doors. Over the course of the next two months, her boyfriend went from being a productive member of society to an abusive daily drug user. Not wanting to raise her children in that environment, she told her boyfriend to leave – even though that meant raising her children all on her own with nothing to live on but government assistance, food stamps, unemployment and child support checks. By 2010, she was sued by a former creditor – requiring her to declare bankruptcy. Carrie’s mother moved in with them to help alleviate some of the financial and childcare issues while Carrie returned to school to become a certified medical assistant. Unfortunately, the jobs she was able to find either paid too little or required a long commute.

By 2013, Carrie was at her wit’s end and barely staying afloat. Her former boyfriend continued to hound her – even showing up at the apartment with a gun. She filed a restraining order but remained frightened at all times. As luck would have it, her teenage daughter was able to land several scholarships and a student loan – allowing her to move on to college and a brighter future. Sadly, at home, Carrie was no longer able to cobble together enough to stay in her apartment and she wanted to get as far away from her former boyfriend and his threats as possible. She took her toddler son and moved from Rockdale County into her sister’s small home in Gwinnett County – where they slept in the only space available, a pallet on the floor of her nephew’s bedroom. Before the move, Carrie held an estate sale and sold off nearly all of her possessions. The rest she tucked away in a 5×10 storage unit or loaded into her Toyota Corolla. She soon landed a sales job making $200/week + commission – only she never saw any of the latter because she learned that she did not have an affinity for sales. Carrie recalled on numerous occasions taking her son for rides in the car to get out of her sister’s hair for a little while, and then sitting in parking lots crying and praying because she didn’t know where to go or what to do.

“I didn’t know how I was going to find a full-time job or afford childcare,” said Carrie. “I felt desperate and broken. The emotional side of what I was going through was just as big as the financial side. I was in my mid-30’s and having to start all over again. I’d never felt so helpless or hopeless before in my life.”

Little did she know, Carrie’s prayers were already being heard and answered. She learned about Rainbow Village and applied for our program. Not long after, she received a call from United Parcel Service stating that they’d come across an old application she had submitted. She was hired on in a part-time managerial role and felt as though she had won the lottery. The money was still meager, but she had benefits for the first time in a long time. She soon learned that she had been accepted into our program – where she moved into an apartment with her young son and began benefitting from our childcare program, life skills classes, counseling and sense of community. Our job placement program found a full-time position for Carrie not far from the Rainbow Village campus working at Howard Brothers in Duluth. Marking her first full-time job since 2009, she started in the summer of 2015 and has been there ever since.

“I wasn’t looking for a hand out, I needed a hand up,” insisted Carrie. “I remember praying to God in my car ‘Open the door and I will do the work to walk through it.’ Having a place to stay was a huge relief, but to have a support system to show me the way, assess my skills and place me in a job I love helped me feel as though I had finally dug my way out of a hole and could see forward progress. Rainbow Village helped me get on my feet in every way possible and never ever passed judgement.”

Carrie recalled that our life skills classes that encouraged participants to pull together vision boards, take part in mock interviews and learn how to dress for success were essential to her regaining a great deal of the confidence she had lost. Leaving Rainbow Village was bittersweet and a bit scary, but Carrie also felt the pride of striking out on her own was a powerful motivator. Today, she lives in a place of her own with her son Hayden, who continues to participate in the afterschool program at Rainbow Village’s community center.

“A lot of the people I met at Rainbow Village had a hard life from the get go as a result of generational poverty – one of the cycles the program strives to break,” said Carrie. “I enjoyed a middle-class upbringing and early adulthood, and NEVER would have dreamed that what happened to me could have ever happened. Never say never. I’ve learned that it can happen to literally anyone. I feel so blessed to have found a community that supported me – that continues to support me – at Rainbow Village. If anything good has come from all of this, I believe I have a bigger heart now and more compassion for others.”

Today, Carrie serves as a Program Alumni Representative on Rainbow Village’s Board.